I am a pastor and an author of children’s books. This blog comes out of a sermon that I preached in May of 2020.

Man, who wants to listen to a liar after all! No one likes to be lied to but in ways great and small, we all do it. You know, you don’t tell your boss that you were 5 minutes late. Or you didn’t declare all of your income sources on your income tax filing. It isn’t right and we all suffer from the lies we dish out along with the ones served to us. In 1 Timothy 4:1-5 (found in the bible) the Apostle Paul instructs the young minister Timothy that he will encounter lies and liars in his ministry. As a young minister he is to understand the difference and teach truth. Lets take a moment and look at some of the verses to see what the Elder Apostle had to say to the younger minister about lies in each of these five verses.

The Lies of Later days

“But the Spirit explicitly, says that, in later times some will fall away from the faith, paying attention to deceitful spirits and doctrines of demons (1 Timothy 4:1 NASB).” 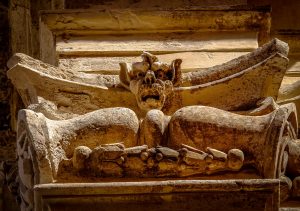 Not everyone that comes to your church is truly interested in the bible, Jesus, or the Gospel. That’s not something that should alarm you. People often visit churches to search out their own faith or religion. Sometimes they come at the invitation of a friend or family member. But there are some people that come to church pretending to be a true follower of Jesus. They might go through all of the proper rituals and activities, but they do not truly believe what they pretend to believe. They are neither searchers nor visitors, they are in fact, liars. Paul told Timothy that in later times some of these people would “fall away from the faith.” These people will fall away simply because they were never truly believers at all. Its true! Some people are pretenders and at some point, will drift away from the church. John also talked about this in 1 John 2:19 where he stated that   “They went out from us, but they were not of us; for if they had been of us, they would have continued with us. But they went out, that it might become plain that they all are not of us (I John 2:19).”   What would draw these pretenders away from the church? The answer to that question is quite disturbing. Paul states that these people fall away because they are “paying attention to deceitful spirits and doctrines of demons.” Wow! Following the teaching of demons, that sounds crazy. But, it’s true. We know that Satan and demonic forces are working against people, trying to deceive them and lead them astray (see also 2 Corinthians 4:4, Ephesians 6:12-13). Don’t be deceived by demon chasing people that want to pull you away from God, Jesus, the bible, and the church!

The Hypocrisy of Liars.

“by means of the hypocrisy of liars seared in their own conscience as with a branding iron (I Timothy 4:2 NASB).”

You hypocrite! No one ever likes to be called a hypocrite. But someone who tells someone else what not to do and then does it themselves is just that, a hypocrite. Paul tells Timothy that the pretenders in I Timothy 4:1 are not only being pulled from the faith by doctrines of demons, but also by hypocrites whose own conscience has been seared as with a branding iron. Ouch! Paul seems to be stating that these demon influenced leaders are not even following their own lies.  The very mechanism of their inner being that should warn them against lying (their conscience) is seared. Consider the imagery, a branding iron, burning someone, cauterizing the nerves so that there remains no more feeling. Pain!  No more feeling and no way for the damage to be  easily repaired.  That’s what those demon influenced people are, hypocritical liars with damaged consciences, leading people astray. Hypocrites! Quit leading other people into the lies that you don’t even believe yourself.

The lies they tell

“men who forbid marriage and advocate abstaining from foods which God has created to be gratefully shared in by those who believe and know the truth (I Timothy 4:3 NASB).” 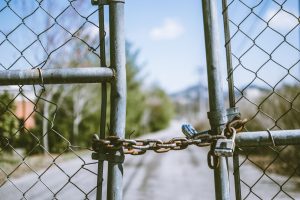 In the words of Saw Gerrara from Rogue One: A Star Wars Story stated, “everyday, more lies.” Just as there is an endless search for truth, there seems to be an endless supply of lies. What is required of a lie to be true? Only that it is believed. The Apostle tells Timothy that the demon influenced, conscience seared liars, have some specific lies that they like to peddle in the marketplace of truth. Two of the lies that they were teaching related to food and marriage. We all know that there are various dietary laws found in many different religions. Paul having a Jewish heritage, certainly knew this very well. But as a convert to Christianity, he no longer practiced those dietary laws and did not want others to be influenced by those restrictions either. In his letter to Timothy, he addressed the apparent deceptions of people trying to force dietary rules on the people of Ephesus.

God made food for man and beast. In Genesis 1:27-31, Moses records that God gave us plants, fruit, and vegetables to eat. Later in the book of Genesis, Moses records that God gave us permission to eat meat (Genesis 9:3). After that teaching on eating meat, there was a long period of time where the Israelite’s were forbidden from eating certain types of food under the law (see the books of Leviticus and Deuteronomy). But, those restrictions were eventually lifted and God told the Apostles that they could eat whatever meat they wanted (see Acts 10:15-16). This was great news for us all! Catfish, bacon, even deep fried Aardvark (if you like that) are all fair game to eat as far as God is concerned.

The other lie that Paul addressed to Timothy was that people were forbidden to get married. Why would someone forbid someone else to be married? God designed family and marriage in Genesis 2:18-25. This biblical design doesn’t imply that you must be married, only that it is good and honorable before God if you are married. There you have it, you can be married in accordance with God’s design and even eat bacon at your wedding celebration!

The Truth about those food lies

“For everything created by God is good, and nothing is to be rejected if it is received with gratitude; for it is sanctified by means of the word of God and prayer (I Timothy 4:4-5 NASB).” 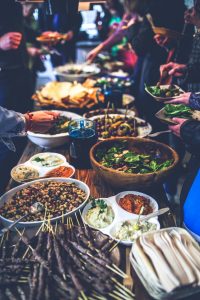 What kind of creature makes a good meal? That is sort of a morbid question. But think about, people eat ants and anteaters, bears and bunnies, cows and catfish, deer and dogs….yuck! Personally, I have many preferences on what type of meat I will eat. But if you search the world over, you will find that people eat all creatures from “A to Z.” Taste is subjective and usually comes from what you ate in your home as a child. Is it wrong to eat these creatures? Well, no it is not wrong. Perhaps it is not always healthy to eat anything that you want, but it isn’t sinful according to the bible.

Paul continued to address the lies in verse 3 about forbidden food with clear instruction, “For everything created by God is good.” Yes, even those weird creatures that some people find tasty, like tarantulas in Thailand, double yuck! In fact, to the person that is hungry, or in need, those things can be received with thanksgiving as a meal from God. Strange I know! Paul further stated that if we are concerned about food being forbidden, we can know for certain that it is “sanctified by means of the word of God and prayer.”

There you have it. The liars and deceivers would have you believe that you can’t eat certain foods. Oh not because of health reasons, but because “god forbids it.” No he doesn’t! Eat your bacon and avocado chicken sandwich with a cricket lollipop for dessert if you so desire! You can pray to God and offer thanksgiving for your tasty meal. I will stick with a good old hot dog which is made from…well, thank you God for the mystery meat!

Clint Plyler is a pastor and author.

Clint Plyler was born and raised in South Carolina. He now lives in Pennsylvania with his beautiful wife April and three wonderful children. You will often find him at the nearest coffee shop with his laptop and sketch book, writing or sketching. He is the author of Night Night Hamlet.

Scroll back to top